My research focuses on constructions and perceptions of bodies and gender in culture and society. In my book Corporeal Bonds: the Daughter-Mother Relationship in Twentieth-Century Italian Women’s Writing I uncover a bond between mother and daughter structured on extra-lingual communication, indeed a corporeal bond. The theoretical analysis is based on a reading of the French philosopher Luce Irigaray’s theories and of the Italian philosophical thought on women’s subjectivity. My close engagement with theories of corporeal feminism for this work were influential for the development of my interest in food studies. I have just completed a monograph on narratives of food consumption and emotions focusing on salient periods of Italian socio-political history: Fascism, World War II and the partisan Resistance, the 1960s and 70s, and the contemporary migration phenomenon. My interest in food studies branches out through more projects, as you can read here.

My research interest in bodies, gender and sexualities has also led me to investigate the interrelations between subjects and spatialities. I worked on the gendered representation of Naples in the first novels by Elena Ferrante, and edited the volume Italian Women Writers 1800-2000: Boundaries, Borders and Transgression (FDUP, 2014). This volume brings together scholars of three different continents and deals with concepts of spatial and cultural boundaries, hybridity and border identities as interpreted by Italian women writers and poets. My article in this volume is an analysis of Matilde Serao’s accounts of her journeys to Egypt and Jerusalem, as well as to various places in Italy. With this study I engage with women’s travel writing and visions of the Orient, topics that I investigate again, as part of my research in relation to visions of Europe and colonial Libya in 1930s’ travel writing.

Part of my research has focused on the understanding of the relationship between past and future. I completed an edited volume on the themes of cultural transmissions, memory and nostalgia: Transmissions of Memory: Echoes, Trauma and Nostalgia in Post-World War II Italian Culture. More here.

I have always been keen on the impact of my discipline on the wider community. In Melbourne,  I founded and organised in collaboration with the Italian Institute of Culture the series of research seminars ‘Research in Italian Studies in Melbourne’ (RISM) 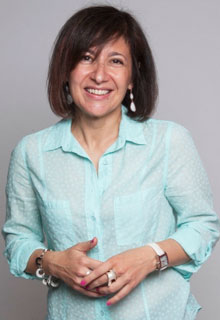