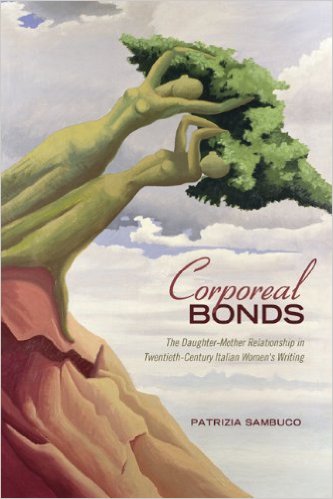 “The readings of each of the writers considered here are detailed, thoughtful, provocative and theoretically grounded. The investigation of the corporeal in the narratives offers an alternative way of reading them, which is frequently enlightening and always interesting, while the techniques employed could well prove illuminating for other writers not under consideration. Patrizia Sambuco’s study is a valuable contribution to ongoing work in the area of Italian women’s writing in the twentieth century.” (Ursula Fanning, Italian Studies)

“In its novelty, the study by Sambuco represents an outstanding contribution to the field of Italian literary critical studies as a subject such as the daughter–mother relationship in works of contemporary women writers is analysed from a Feminist and a psychoanalytical approach. The study will have an important impact in women’s and gender studies as well, and the methodology may become a reference point for analogous examination in other literary fields.” (Chiara De Santi, Journal of Modern Italian Studies)

“Sambuco’s selections and analyses lend new and productive ideas to the consideration of women’s texts from that period but likely to more recent ones as well.” (Shirley Ann Smith, Quaderni d’Italianistica)